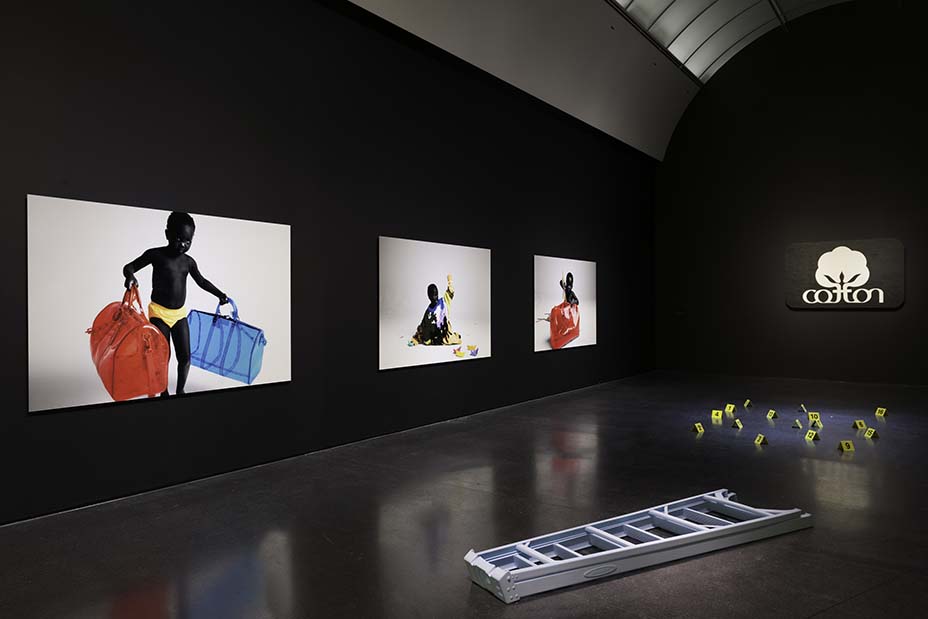 “Any time an idea takes shape on a particular surface – a photo print, a screen, a billboard, or canvas – it becomes real.” – Virgil Abloh

American fashion designer Virgil Abloh is now leaving his artistic fingerprint on the art world with his solo exhibition, “Figures of Speech”, now on display at The Museum of Contemporary Art Chicago until September 22. 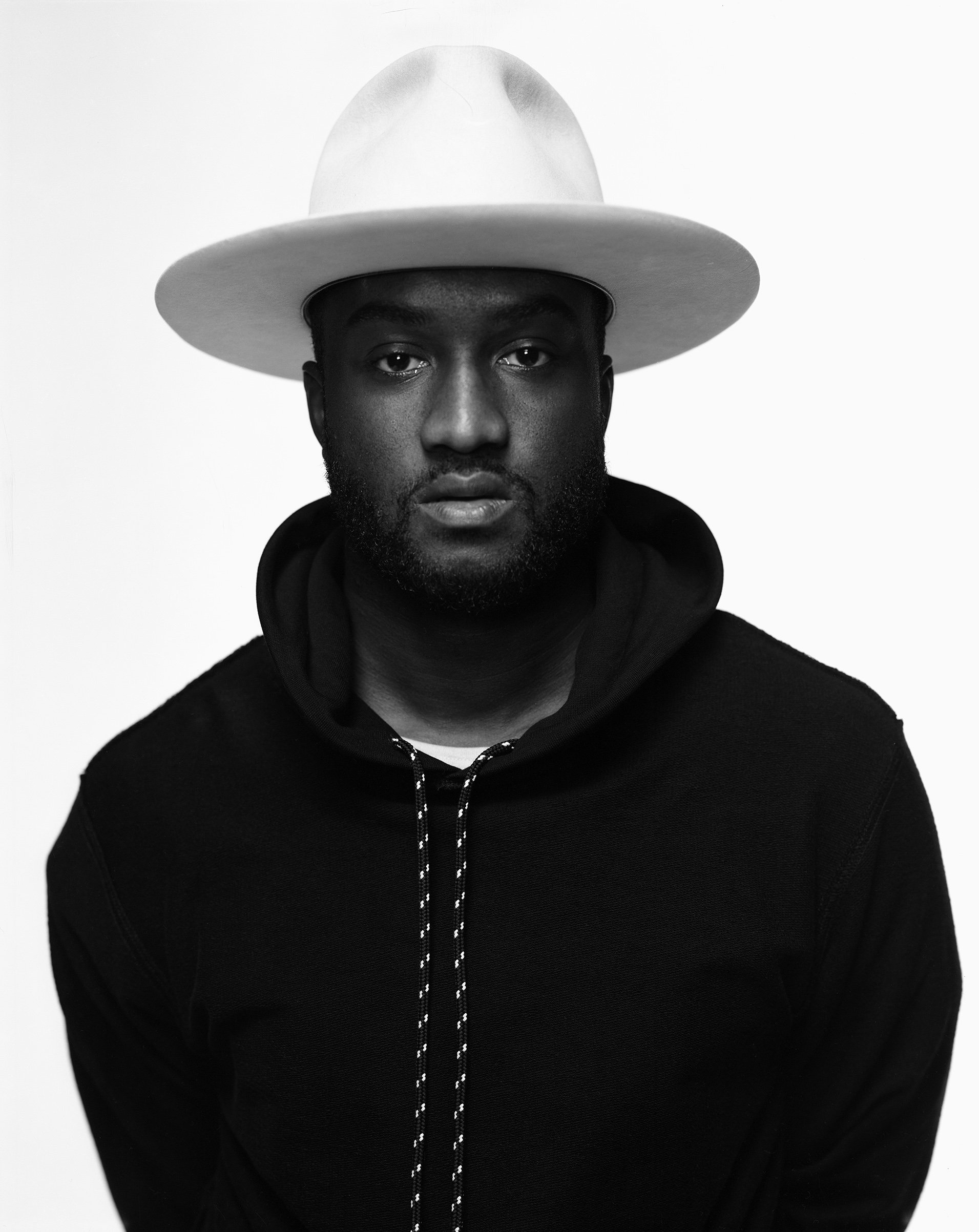 Figures of Speech tours Abloh’s mark on the fashion, art, and design world through seven parts “Early Work,” “Fashion,” “Music,” “Intermezzo,” “Black Gaze,” “Design,” and “The End.” And it’s a mark that has landed him as the creative director of Louis Vuitton Menswear, partnerships with Nike, his own fashion brand Off-White, as well as attracting the attention of celebrities. 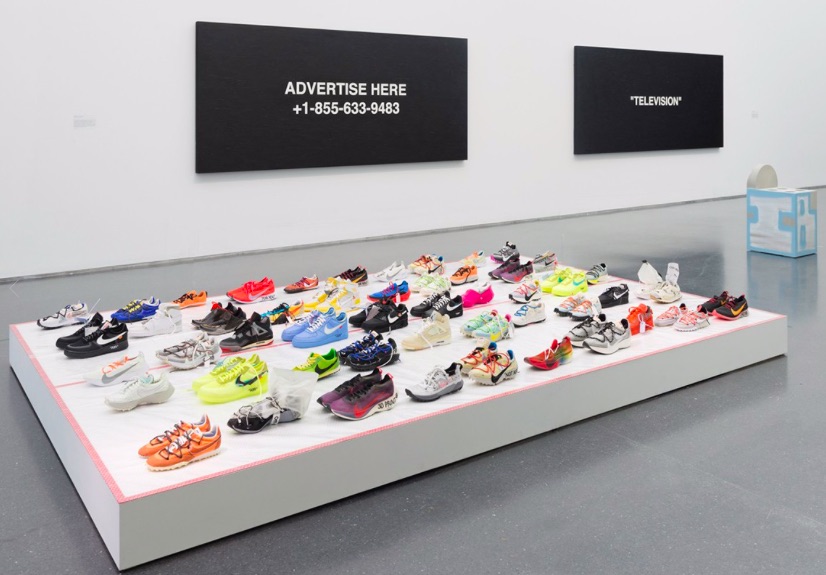 In an interview with The Hollywood Reporter, the designer and father of two shared how Figures of Speech is about the expression of a concept through the lens of “advertising and projected image”. 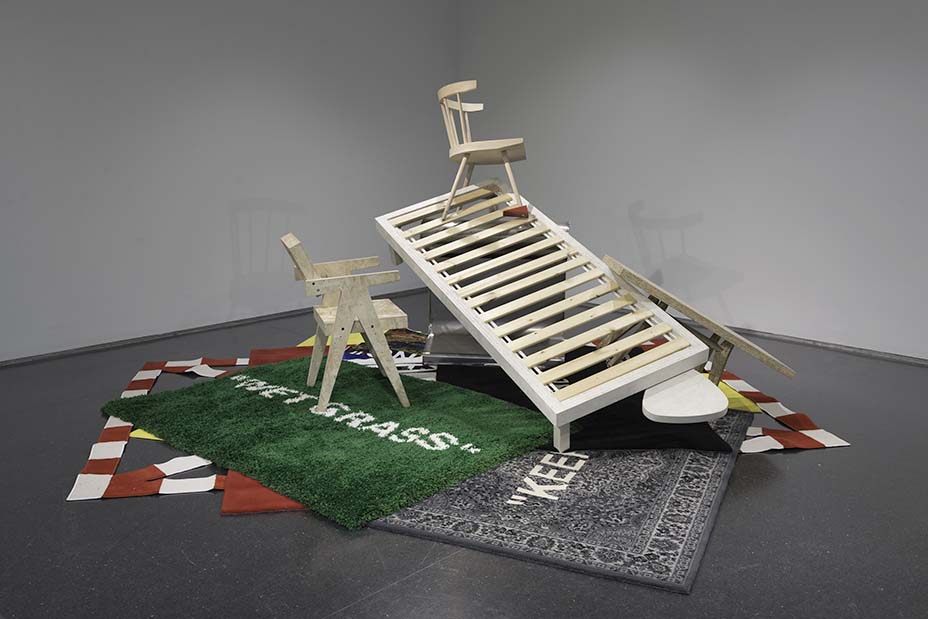 Courtesy of Nathan Keay, © MCA Chicago Prototypes for an unrealized collaboration with IKEA.

“For me, ‘Figures of Speech’ is an art exhibition rooted in advertising and the projected image,” Abloh said to The Hollywood Reporter. “Any time an idea takes shape on a particular surface — a photo print, a screen, a billboard or canvas — it becomes real. This exhibition demonstrates how I wrestle with this concept freed from any one medium, looking for personal and specific solutions. This 20-year survey shows how I am constantly looking for a way to transform myself from consumer to producer, navigating a path between ‘tourist’ and ‘purist,’ between the literal and the figurative.” 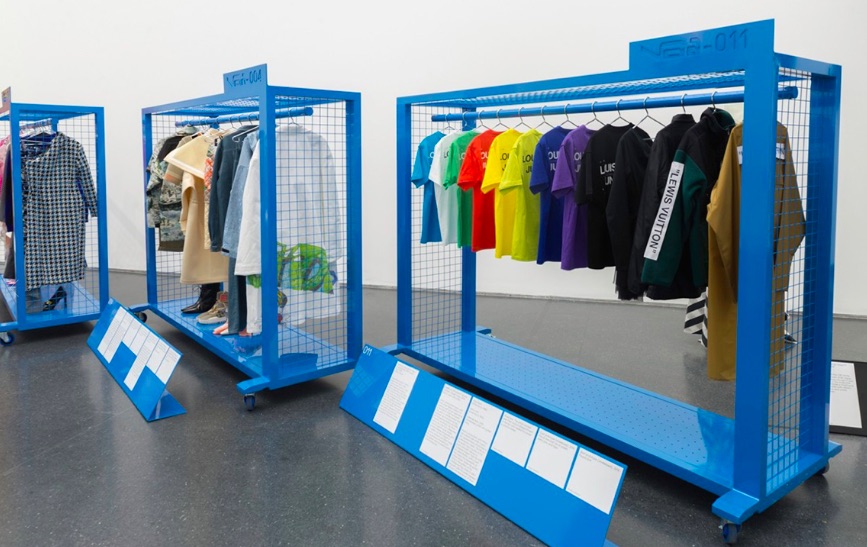 Spanning the entire fourth floor of the MCA, a space designed by Samir Bantal, museum-goers will be immersed in twenty years of Abloh’s creative disciplines. Expect to see dozens of sneaker designs from the artist’s collaboration with Nike, album art from Kanye West’s Yeezus in 2013 to more interior design elements such as the IKEA rugs created by the designer. 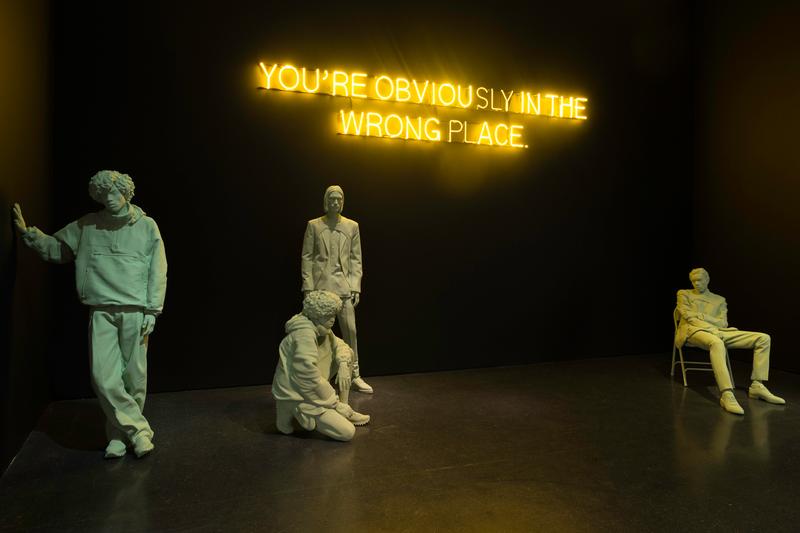 Before Abloh was lending his eye to fashion powerhouses and cozying up to Kanye West, he got his humble start in fashion by screen printing shirts on the south side of Chicago. “Clothes are clothes, we all have them on. There’s only so much that they can do and speak. The context as to why the clothes are important is ten times more interesting to me,” said Abloh in an interview with The Hollywood Reporter.